Says the one who looks like an uncle now.

So this is what happens when a salty ex-boyfriend sees his old flame doing well.

It’s been a few days since Taiwanese sweetheart Cyndi Wang, 39, saw a resurgence in popularity after she performed her iconic 2005 song 'Ai Ni' on Sisters Who Make Waves 3.

As usual, when someone becomes famous (again), there would be people with things to say. And Cyndi's former lover, once-upon-a-time Taiwanese idol Fan Chih-Wei, 42, just had to be one of them.

Though there was no context to his message, many netizens believe he was referring to the women on Sisters Who Make Waves, in particular Cyndi.

“Even if [she is] an old swan she’s still a swan, but that’s not the case for a jerk,” said one netizen.

Chih-Wei then went on to block anyone who defended her.

The online support for Cyndi became so overwhelming, it led Chih-Wei to ask on Weibo: “So [she] can hide the truth from everyone?”

You would think former actor would get the hint and move on with his tail between his legs. But nope.

Two days after his initial comment, Chih-Wei attempted to draw a conclusion to the controversy by posting one last thought on Weibo.

“Firstly, I’m so saddened by the loss of value in news. Those who maliciously distort the truth are getting away with the crime,” wrote Chih-Wei, before going on to accuse Chinese news portal Sina of stirring the pot.

Cyndi and Chih-Wei started dating in 2000 for six years. During their time together, he was rumoured to have developed feelings for Taiwanese singer Valen Hsu, who's currently competing against Cyndi on Sisters.

At that time, Cyndi chose to trust Chih-Wei, and even defended him in public.

Sadly, their relationship soured after they broke up.

On April Fools' Day four years after their split, Chih-Wei posted an intimate photo (see below) he had taken with Cyndi when they were still a couple. Even worse, he even went on to reveal private details about their relationship. 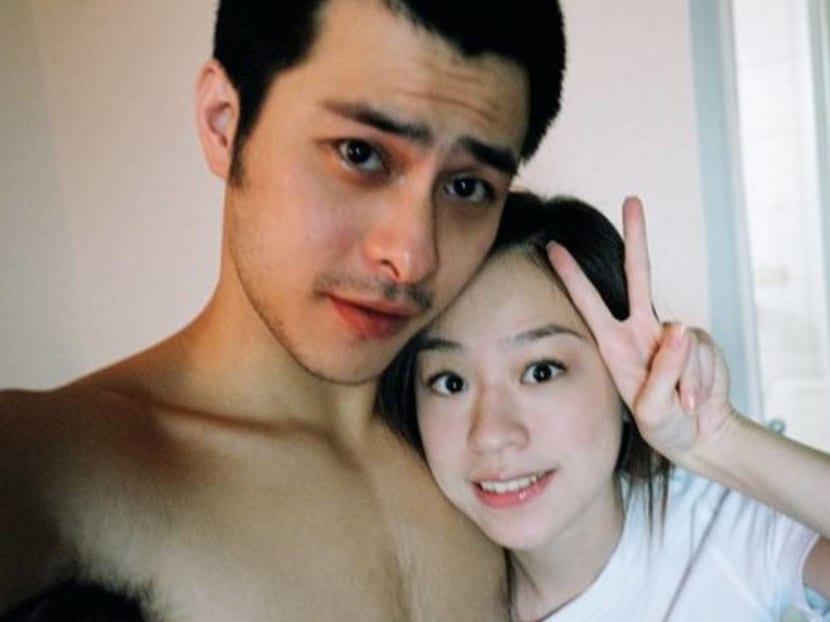 He said: “I had two relationships before getting together with her. Obviously, it wasn’t my first [sexual encounter]. [But] She was only 17, I thought her first time was given to me, but turns out it was not. Actually I was a little disappointed.”

The public were furious with Chih-Wei for badmouthing his ex and he was quickly labelled a 'zha nan', a term Chinese use to describe really awful men.

Chih-Wei's reputation took such a beating after the incident, his career reportedly never recovered from it. He eventually faded out of showbiz, only making the news occasionally for letting himself go.

Aaron Kwok, 56, Posts Pic With Family, Including His Father-In-Law, With Whom He Shares A 2-Year Age Difference

Cyndi Wang, Who Won Sisters Who Make Waves 3, Didn’t Think She Would Come This Far In The Competition ‘Cos She Can’t Stand Reality Shows

Hacken Lee’s Wife Secretly Buys S$4.6M Condo In HK, Calls Him “Meddlesome” When He Asks Her About It